Travel, of course, has been very limited over the past year, so I’ve been making short trips to interesting local sites never visited to photograph. In October, we discovered Fort Washington National Park in Maryland south of the District, a beautiful place for a fall photowalk.

The fort was built before the War of 1812 to defend the newly-built capital city from enemies sailing up the Potomac River.1 It was extensively remodeled in the 1840s and 1890s, finally closing after World War II. During that war, the grounds also housed anti-aircraft guns.

More pictures are in the full gallery and Kathy has a different perspective on the fort in her gallery.

The view solders and visitors would have had when approaching the fort by land, looking down the Potomac River towards the Chesapeake Bay. 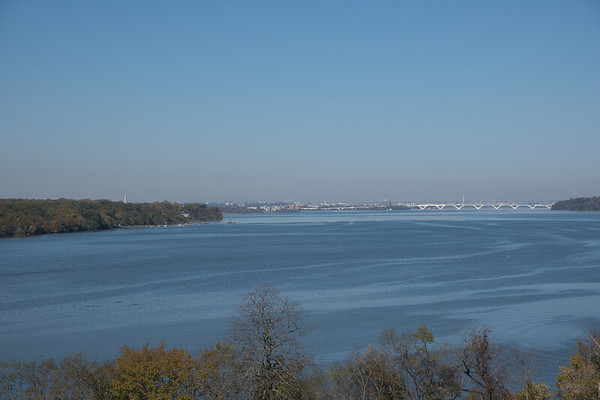 Looking up river towards Alexandria and DC. You can barely make out the Washington Monument, just left of the center of the Wilson Bridge.

One of the smallest lighthouses I’ve ever seen, looking across the Potomac towards the Fort Hunt area of Virginia.

Part of the original structures that sat much lower to the river. The space in there was dark and must have been pretty cold during the dead of winter.

1. The fort wasn’t much of a deterrent during that war since the British invaded the District of Columbia from a different direction. In addition, most of the structures were destroyed by American soldiers as they retreated from another British advance. Not an auspicious beginning.