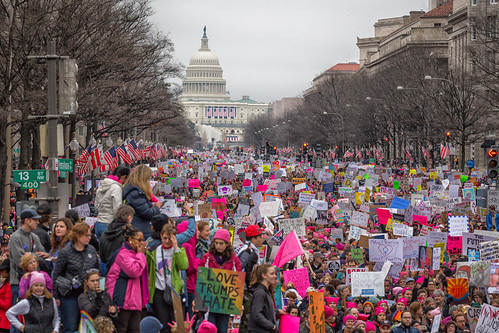 It’s been almost three weeks since the midterm elections.

Although the pundits on the talking heads channels are probably completely convinced they understand the historical significance of the results, the rest of us are still pretty confused. Big events, and even some relatively minor ones, require more time and context to fit them into history.

Regardless, I’ll go out on a limb and say that the vote at least pushed things in the right direction.1

But it was just one small step. The real work is still ahead.

For one thing, we need to get all those new people who showed up at the polls to come back next year. The elections coming next year will be much lower in profile but potentially very important.

In this area we will be choosing representatives for the state legislature, new county supervisors, and a school board. Decisions made by those officials often have more impact on day-to-day life than those at a national level. Similar votes will be going on all over the country.

Then those new voters, and many more, also need to participate in 2020 and beyond. We still have too many indifferent citizens that must be convinced that their participation matters. Plus the millions who were excluded from voting by corrupt and greedy politicians who can’t hold onto power in any other way.

All of that will require the new House of Representatives, and newly elected state and local officials, to decide that establishing a fair and transparent voting process for every citizen in every state is a top priority. No significant progress in any other area will be possible until that happens.

Beyond that, the list of problems that have piled up during the Twitter/Facebook wars is staggering.

Many people are calling for investigations of many people and events, egged on by a news media that thrives on political fights. Certainly that’s necessary, especially since Constitutionally mandated congressional oversight has been sorely lacking for the past two years.

But just digging into the past won’t move the country forward. Unless those hearings and reports result in concrete plans to change the system, it’s all just noise.

In the long run, making actual progress to improve life in this country for all will require leaders willing to articulate a clear vision for the future. Innovators at all levels, state and local as well as national, with the courage to explain and defend their ideas. With the skills to organize people to make them happen.

And those of us not in leadership positions still have a role to play. We must pay close attention to what our representatives are doing in our name. When they are working for progress, we must let them know. When they are wrong, we must speak up and do what we can to push them in the right direction.

All of that starts today, not at some vague point in the future.

The image is of the Woman’s March on Washington, January 2017. Posted to Flickr by Mobilus In Mobili and used under a Creative Commons license. I expect more protest like this will also be necessary to move things forward.

1. Everything in this post is based, of course, on my personal view of where this country is and where it needs to be. You have every right to disagree. Politely.

Making Is More Than Robots and 3D 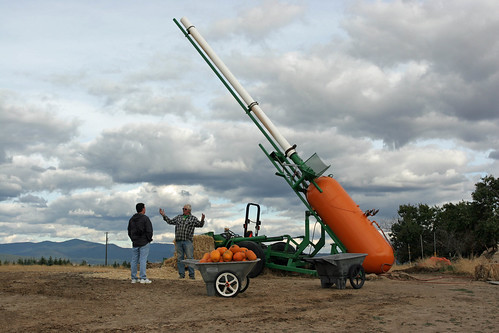 When you hear the word “maker”, many people think of 3D printing, robots, coding, and makeshift devices like that pumpkin’ chunker in the picture. But, as Josh mentioned in a webinar last week, we should also be including some more traditional creative activities in our thinking, like blogging.

I would also add photography.

When professional photographers talk about their work, they will often not use the phrase “take a picture”. Instead they are “making an image”. It may be a subtle difference, but more than a few pros I’ve read and heard insist that making better defines their process than taking.

Because great photos, ones that inspire and move people, don’t happen by just pointing a camera at the subject and pressing a button. They are made through artful composition, a skillful use of light, and making the best use of the available equipment.

I won’t claim that any of the images I’ve posted here, on my photo site, or on Flickr qualify as “great”. However, I’m working in that direction, through experimentation, learning from others, and lots of practice.

The picture, from Photos By Clark on Flickr, is used under a Creative Commons license.

I don’t understand some of the writers employed by the Washington Post. Maybe they’ve been living inside the bubble of the infamous “beltway” too long. Or possibly they’re trying to write satire and the point never gets across.

Take, for example, a column from today’s paper that starts with the line “If I could, I would repeal the Internet.”. The writer’sÂ primary thesis, as best I can determine, seems to be that the “terrifying danger” posed by the threat of cyberwar far outweighs the “relatively modest” benefits of the web.

He then goes on to lay out a variety of doomsday possibilities (disruption of the power grid, decimation of the financial system, Chinese hackers, etc.) to be brought about by the Internet, evidently drawn from a report, a book, and conversations with cybersecurity experts (all of whom profit from worst case scenarios).

And then he ends the column with this conclusion.

All this qualifies our view of the Internet. Granted, it’s relentless. New uses spread rapidly. Already, 56 percent of U.S. adults own smartphones and 34 percent have tablets, says the Pew Internet & American Life Project. But the Internet’s social impact is shallow. Imagine life without it. Would the loss of e-mail, Facebook or Wikipedia inflict fundamental change? Now imagine life without some earlier breakthroughs: electricity, cars, antibiotics. Life would be radically different. The Internet’s virtues are overstated, its vices understated. It’s a mixed blessing – and the mix may be moving against us. [my emphasis]

Another shortsighted pundit placing total blame for a problem (or potential problem in this case) on the technology involved rather than on the other, more human factors of how it’s used. And ignoring the fact that digital networks are a relatively recent invention (especially the part where everyone can have access) and we are only at the beginning of their evolution and application.

A similar reasoned, logical argument*Â could also have been made for those earlier, life-changing breakthroughs he lists, plus ships, trains, chemistry, the telephone, television and many more. Especially early in their lifetimes when society was working its way through the disruptions they caused.

You can debate the benefits of having a ubiquitous, always on communications network available in every home and classroom (which it’s not, yet). Certainly we need to address many problems in the way the technology is used, with some people doing very silly and even stupid things with the power they have.

However, only someone who has not been paying attention over the past fifteen years or so could declare that the internet has not enabled many fundamental, positive changes for society.

I wonder if the editor responsible for this columnist thought he was kidding.

Update (later today): David Weinberger suggests we repeal the First Amendment and oxygen using the same reasoning as the Post writer, then provides a MadLibs version to do the same for anything you don’t like. You too can be a Washington columnist.