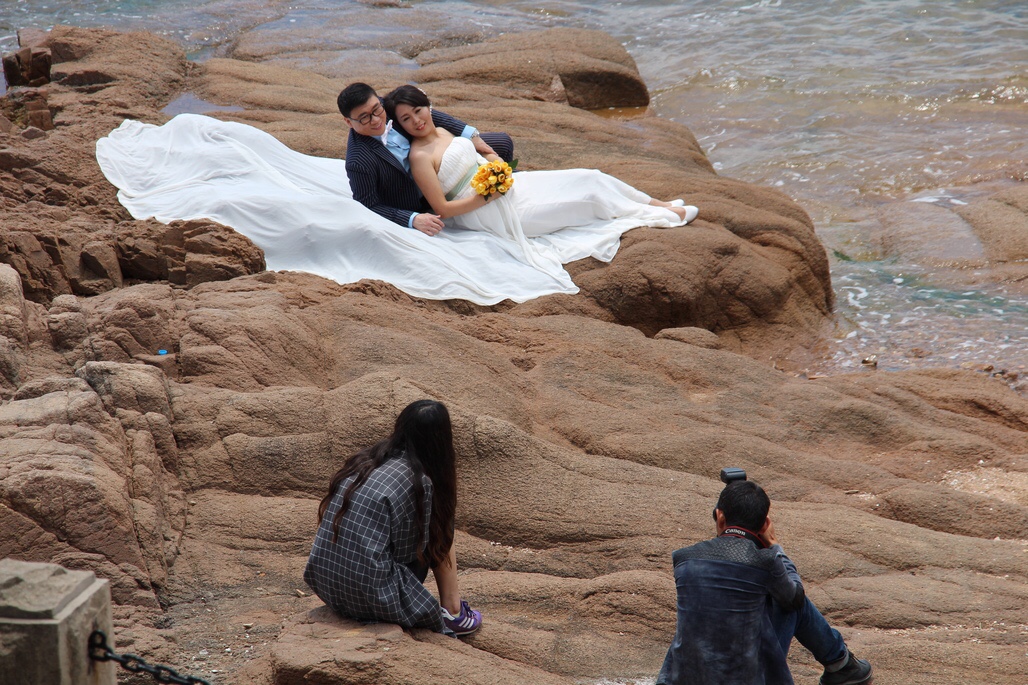 It appears to be wedding season here in Qingdao. While visiting the historic area of the city along two beautiful bays, we saw swarms of couples (I stopped counting at fifty) posing for their photographers using the scenic backdrops. This was one of the more ambitious but certainly not the only ones trying for just that right creative shot. 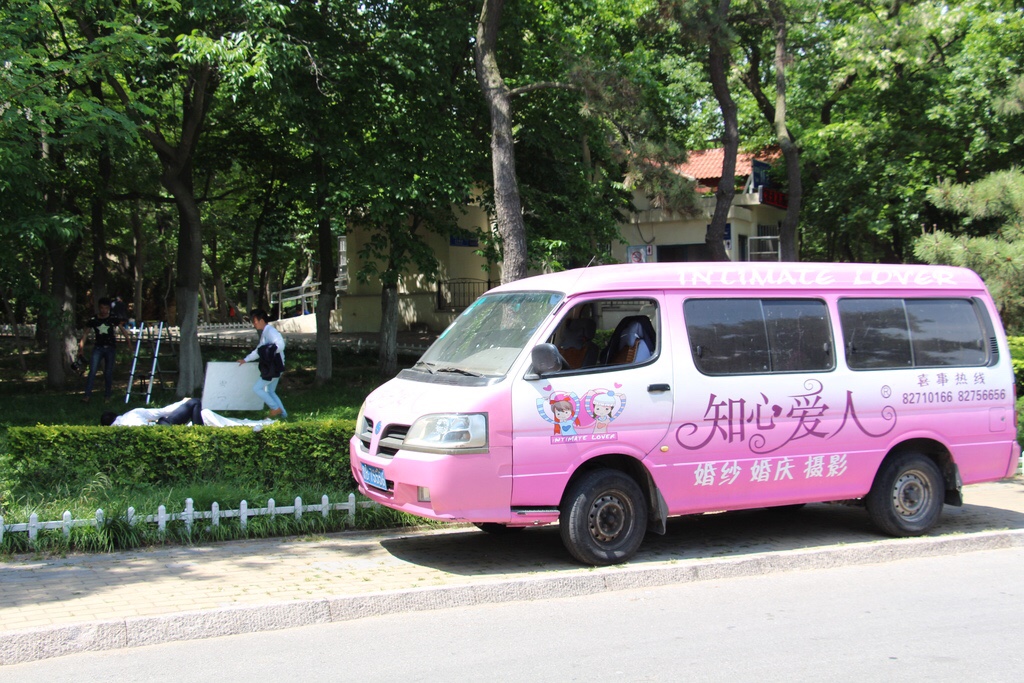 Our guide said there were hundred of wedding photography businesses in the area, including one with a pink van called Intimate Lover.

After sailing about 36 hours from Copenhagen (more about those “at sea” days later), we docked in Stockholm, Sweden early on the second day of our big trip.

Owing to my non-functional internal clock and cabin black-out curtains that were not particularly effective at keeping out the bright sunrise, I was wide awake for some absolutely spectacular scenery as the ship slowly made it’s way up the long archipelago from the Baltic Sea to the city.

This is obviously a part of the world that is attuned to living on the water.

Stockholm itself is spread over fourteen main islands, with lots of smaller ones in, for lack of a better term, the metro area. Â Even many miles out from port, the shores were dotted with clusters of houses, often painted in beautiful shades of red, and enclosed by some amazing forests. After a short bus tour through the city center, we spent most of our time in port walking around the Gamla Stan (the picture is a view of that area from the port), the island on which Stockholm was founded in the 13th century.

Our guide noted that some of the buildings on the narrow streets dated back to the 1600 and 1700’s and that people were still living in them.

Contrast that with historic cities like Washington DC in the US where we take buildings a fraction of that age and preserve them as museums instead of making them a natural part of the community.

Anyway, at the time we were visiting Stockholm, two big events were in progress.

First of all it was graduation day for their high school students. Â That fact was hard to miss due to the many panel trucks cruising around town carrying groups of kids celebrating at the top of their lungs.

The guide reluctantly agreed that some of the celebrating might have been fueled by alcohol. Â I’d call it a sure bet, although none of the kids we saw were particularly obnoxious, just loud.

More importantly, the city was preparing for Love Stockholm 2010, a two-week festival that culminates on June 19 with the wedding of Crown Princess Victoria to a commoner who she met when he was a trainer at her gym (I gather the royal parents were not amused – at first :-).

Unfortunately, the official celebration started a few days after we left, but all the preparation around the city made it look like the Swedes would be having one great party.

And then it was time to leave. Â As with most stops on the travel sampler plate that was this cruise, our time in Stockholm was far too brief. Â But it’s definitely another on my list of placesÂ I’d like to return to and explore in more depth.

Next port of call: Helsinki, Finland.

And a small collection of additional photos I took in Stockholm are in this set on my Flickr page.