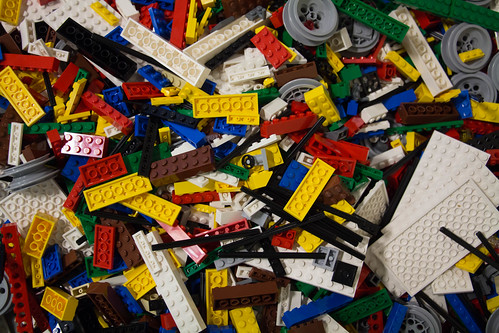 From the time it was evident that the COVID-19 virus was going to have a major impact on American life, many people began speculating on the underlying reasons why the crisis happened in the first place. Plus more than the usual conspiracy nuts, of course.

One of the more high-profile, and critiqued, opinions of the past month came from Mark Andreessen, co-creator of the Mosaic browser, which kickstarted popular use of the web, and co-founder of Netscape, which kickstarted the stupidity of irrational technology investing.

Andreessen claims that the root cause of the health and economic devastation comes from our failure to build.

Many of us would like to pin the cause on one political party or another, on one government or another. But the harsh reality is that it all failed — no Western country, or state, or city was prepared — and despite hard work and often extraordinary sacrifice by many people within these institutions. So the problem runs deeper than your favorite political opponent or your home nation.

Build what? Certainly basic supplies like masks and cotton swabs, but also larger things like the infrastructure necessary to manufacture and distribute vaccines.

Outside the pandemic, Andreessen observes that America has been unable to build great cities, streamlined transportation networks, and efficient education systems.1 He credits this “unwillingness to build” to a “smug complacency”, both in America and other western nations, and a “satisfaction with the status quo”.

Although I’m always suspicious of advice offered by billionaires, he does make some great points in this essay. However, Andreessen’s essay is missing any admission that he and his venture capital friends might be one of the major reasons why we don’t build for the future in this country anymore.

There are two parts to the cause of this failure, the first being that business and government don’t plan for the long term.

Companies are largely focused on the next quarterly results. Not living up to the expectations of “analysts” and big shareholders (like Andreessen and his venture capital colleagues) “disappoints” the stock markets and gets executives fired. Especially those who are interested in creating a robust future for the business instead of boosting profits now.

Leaders in government are similarly myopic, forever looking only as far as the next election, the campaign for which starts right after the last one, and the results of which are often determined by a relatively small group of activists with very narrow, often selfish interests. Politicians with any real vision beyond their current term are a rare breed, and they mostly don’t get elected.

Of course, the second part to this equation is the question of how we pay for all the building Andreessen is advocating.

Corporations aren’t interested in any serious investment in societal infrastructure without a guaranteed profit (see above). Which means most of the building we need falls on the public sector. Not just physical things like roads and public transportation, but systems. Robust governmental structures that are flexible enough to respond to the next crisis as well as taking care of everyday needs.

When it comes to spending for the public good by governments, Andreessen and his billionaire friends work very hard to hang on to their fortunes and avoid paying for… well, anything. But when the financial system suffers a major crash (at least three time in the past two decades), their companies push to the front of the line for the bailouts. They love capitalism, until they want some socialistic public assistance.

So, I wonder if the shock from this crisis will really be large enough to alter our short-sighted approach to building for the future, from both business and government. Will we finally be convinced that the super rich should be taxed appropriately to fix the problems they’ve largely created?

And will enough voters show up at the polls (mostly in the form of mail-in ballots, I hope) to elect leaders with the long-term vision to make it happen?

We have about six months to figure it all out.

Maybe we need to do more building with Legos?

1. His thoughts on what would make a good education system for the future are rather simplistic. At best.