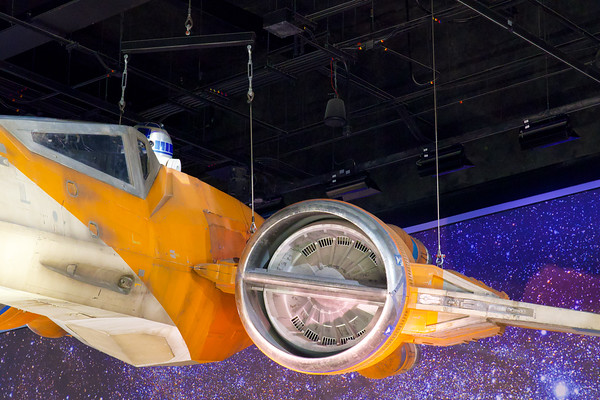 In 2018, the Smithsonian Air and Space Museum here in DC started a seven-year, billion-dollar project to expand and completely modernize the building and exhibits. In the time since, the museum has been closed to the public, with construction continuing during most of the pandemic.

A few weeks ago, Air and Space reopened with a little over half of the exhibition space filled. Since this is not high tourist season, I was able to grab a weekday timed pass and went downtown to see what was new.

It was rather disappointing.

As I’ve ranted in past posts, the primary mission of any museum should go far beyond just collecting, curating, and displaying stuff. Their first job should be to educate their visitors. The Smithsonian’s web presence even uses an .edu domain, so, to some degree, they must view themselves as an educational institution.

Last spring, the Smithsonian presented a short-term exhibit called FUTURES which demonstrated some of what they could and should be doing to interact with and involve their visitors. I was very much hoping it was an indication with what they were planning for Air and Space.

Instead we have the museum version of a classroom teacher’s lecture/demo presentation. Lots of static artifacts behind glass or other barriers with a plaque or two describing the item on the side. Maybe a short film.

Another disappointment was that Smithsonian curators seem to be doing everything possible to avoid anything that might be considered “controversial”.

One major example of that is in the main hall which features huge examples from the history of commercial aviation. But there was nothing about the problems caused by air travel. Like its impact on global climate change.

Maybe Smithsonian administrators are remembering the undeserved criticism they faced in the previous century around a World War II exhibit. Or it might have something to do with the fact that the space is sponsored by most of the major airline companies.

I’m very curious what might be missing from the still-in-development “learning center” named for (and with large contributions from) Jeff Bezos opens in 2024.

In the end, however, I am not at all suggesting that you should skip the Air and Space Museum if you live in or are visiting the DC area. The collection is large, the building will be impressive, and it is very much worth your time and attention.

Just understand that, with the Smithsonian’s resources and access to a vast array of talented storytellers, the results of this renovation could have been so much better.

One of the museum’s newest artifacts is a model used in making the movie Star Wars: The Rise of Skywalker, complete with an R2 droid, hanging above one of the gift stores. Different, but probably more appropriate in the entertainment section of the American History museum.