Another Reminder of the Downside of Free 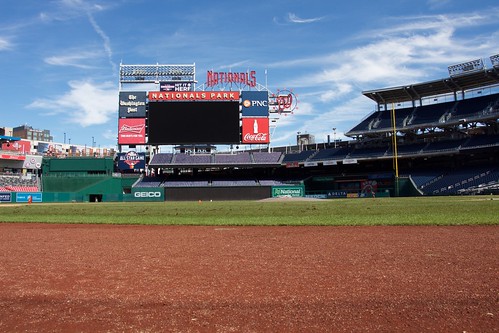 To the marketing departments of the photographic industry, I am classified as an “enthusiast”. Someone who buys a DSLR camera, a couple of steps above a point-and-shoot, without trying to make money with it. If you’ve seen the occasional Photo Posts on this site, you’ll understand why I’m in that “not making any money” category.

In addition to posting images here, I’ve also been a member of the photo sharing site Flickr since 2005, an eternity in Internet time. Once the king of photo sharing, they have been eclipsed in recent times by Instagram, Facebook, SnapChat, and other services.

It is from these two perspectives that I’ve been very interested in reactions to recent announcements from Flickr’s new owners about how they plan to change things.

Spoiler alert: people get very upset when a company cuts back on the features of their “free” product in order to make a sustainable business.

The company that bought Flickr1 plans to limit free accounts to storage and display of only 1000 images. Which is a substantial drop from the one terabyte of storage Flickr began offering five years ago. Pro users, those of us who pay $50 a year for the service (up from the grandfathered rate of $25 for old-timers), will get “unlimited”2 storage, plus no ads and other benefits.

In the age of everyone carrying a smartphone with a lot of memory, one thousand photos is not a lot. You probably have at least half that many on your device right now. Your kids are likely storing many more. But how many of those pictures are worth displaying? Be honest. How many are actually good enough to show the world, not just your relatives and friends?3

Anyway, it will be interesting to see what happens to Flickr going forward. More than anything I would like to see more and better activity in their communities. There are a couple worth an occasional visit but most I’ve seen have been inactive or full of spam for years.

However, even if you don’t use or care about Flickr, this should serve as another of your increasingly frequent reminders that free is not a valid business model. Someone has to pay for the bandwidth, lots of equipment, and all the people supporting it (and you).

Almost always, at the “free” level of any web service, your cost is going to be limited functionality and a whole lot of uncertainty.

Image is one of my more than one thousand images in my Flickr account, a view of Nationals Park in DC from the home team’s dugout.

1. Who bought it from Verizon, which obtained it as part of buying the remains of Yahoo. Both owners largely neglected both the site and its community.

2. I’m always a little suspicious of anyone offering unlimited anything. Just read the fine print on your phone company’s “unlimited” data plan to see the limits on unlimited.

3. Who probably don’t want to see them either but are too polite to tell you. :)

Last month I ranted in this space about the perils of depending on free. Free software, free web services with no obvious means of support that could disappear or change in an instant.

More than a few friends and colleagues were quick to point out that paying for the tools you depend on didn’t necessarily guarantee they would always be available, or that they wouldn’t be altered in some negative way. Very true. And the past few weeks have delivered two warning signs to support their caution.

In the first case, about a month ago Yahoo was sold to Verizon. Now Yahoo (I can’t bring myself to include the !) has been largely irrelevant to many of us for most of a decade. At the end of the previous century they were the center of the web and pretty much everyone used their directory. But now I really don’t care what the new owners do with almost all the pieces. Except for Flickr, the classic photo sharing site.

I’ve been posting my pictures on Flickr since 2005 (a few months before Yahoo bought it from the founders) and a paid Pro member for much of that time. For most of it’s life, Flickr had an active community of interesting photographers, most of whom were committed to sharing their images. I first learned about Creative Commons from people on Flickr.

Having a Pro account offered several useful features, including greater upload allowances and, later, no advertising. Today there’s a different set of Pro tools that make paying $25 a year still a good value. But, although paying for Pro also offers the illusion of stability, I doubt there were enough of us to make a profit for Yahoo.

It’s too soon to know what Verizon will do with that little corner of Yahoo but I’m not confident Flickr will survive another two years. At least not in a form I will want to use. So, I’m scanning for another web space that makes it easy to store and share my pictures. Anyone want to weigh in on SmugMug? Something else?

Then last week comes the news that Instapaper was purchased by Pinterest.

Instapaper is a “read later” service that has been a core part of my daily workflow for many years. It allows me to capture web articles from a browser or multiple mobile apps for later review, without ads and other cruft, on phone or tablet. In addition to the convenience of having a good reading list anywhere, I also use Instapaper to gather posts I might want to use for PD sessions or for posts here, with tools for annotating the text.

As with Flickr, Instapaper works on a “freemium” model where paying customers are supposed to generate enough revenue to cover a far larger group using the free version and make a profit. I’ve been a paying Instapaper Premium member for many years, both for the additional features and again for the illusion (probably misguided) that this approach would produce stability and longevity.

So we also watch to see what Pinterest plans to do with their new acquisition. At least Instapaper seems a little better fit with their new parent company than does Flickr in a mega telecom company like Verizon. I expect they’ll try to make it part of their efforts to compete with Google in selling ads.

Anyway, I’m gradually learning my lessons when it comes to working on the web. You can’t trust free but there’s also some risk of disappearing/changing product for paying customers. Ok, Evernote, what news do you have for me?

With almost 1400 shots taken over two weeks in five Chinese cities, it’s hard to select a much smaller collection that people will actually watch. Here is my first attempt at finding that balance.

As I review all the photos and read through my notes, I’ll have more to say about what we saw and experienced during a relatively short time in a very fascinating country.

Apparently it’s now ok for employees at federal agencies to communicate with their clients and customers using a variety of social networking tools.

The General Services Administration has signed agreements with Flickr, YouTube, Vimeo and blip.tv that make it possible for federal agencies to use new-media tools while meeting their legal requirements, GSA officials announced today.

Under the agreement, agencies can immediately begin using new-media tools that let people post, share, and comment on videos and photos on the Web. Individual agencies must decide which tools their employees may use and how they may use them.

Agencies are already free to use Twitter because GSA found its standard terms of service compatible with federal use.

Of course, someone at those agencies will need to teach those employees how to properly communicate using these tools.

Since that’s not something they’re likely to learn in school where many of them are blocked.

[Thanks to Tom for the link. And for getting my blood pressure going this morning.]

Last January, the Library of Congress took a very small part of their collection of photographs and put them on flickr, kicking off The Commons section of the online image sharing site.

We were essentially conducting an experiment to see how crowdsourcing might enhance the quality of the information we are able to provide about our collections, while also finding innovative ways to get those collections out to people who might have an avid interest in them.

So, was the experiment successful?

Only nine months into the Library of Congress’ pilot project placing Library photos on the Web site Flickr, the photos have drawn more than 10 million views, 7,166 comments and more than 67,000 tags, according to a new report from the project team overseeing the lively project.

“The popularity and impact of the pilot have been remarkable,” said Michelle Springer, project manager for digital initiatives in the Office of Strategic Initiatives, who said total views reached 10 million in October. The site is averaging 500,000 views a month, she said, adding that Flickr members have marked 79 percent of the photos as “favorites.”

Encouraging visitors to add comments has resulted in some very rich histories being written about some pictures, including information the curators at the Library never had.

Administrators at the Library are so pleased with the response from this toe-in-the-water trial that they are now looking for new web 2.0 communities to share more of their materials.

How about pulling some of that video out of the vaults and creating a Library channel on YouTube?

[Thanks to John for the link]