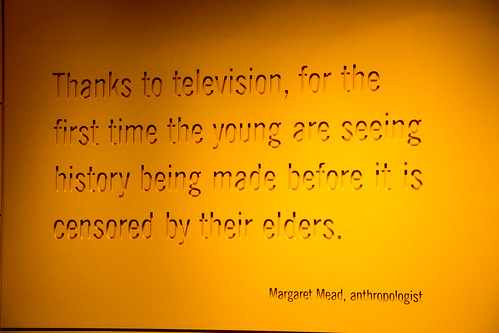 Some images from my walks through a couple of neighborhoods in DC in November. More recent shots are at the top of my Flickr feed. For many additional photos of DC, check the washingtondc tag. 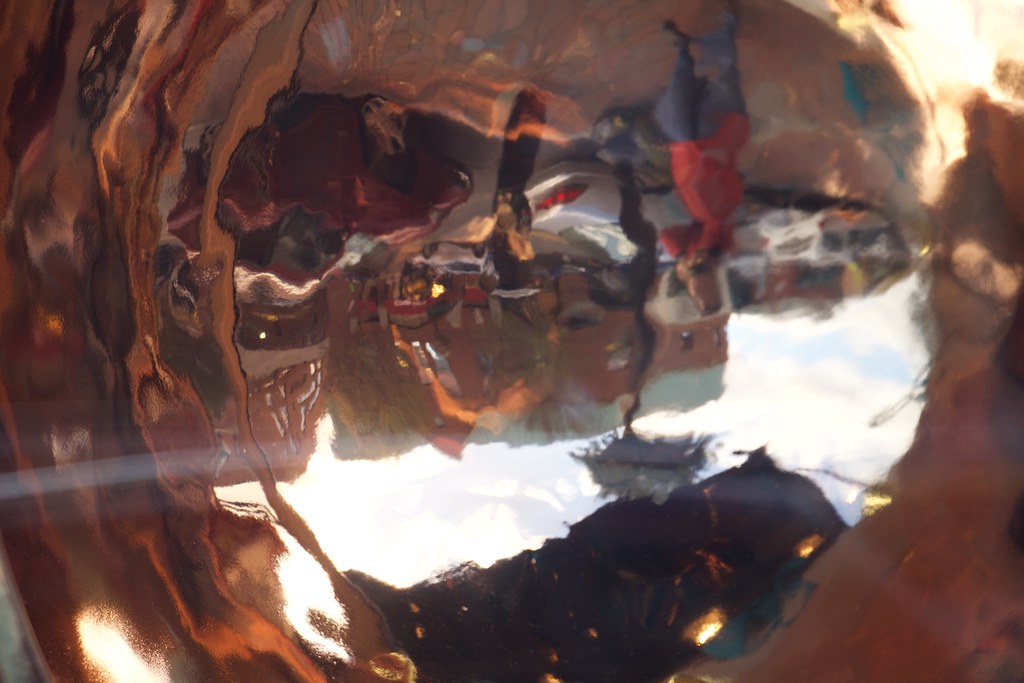 A copper bowl, used as part of a store window holiday display, reflects parts of Georgetown in the morning sun, and a little of the photographer. 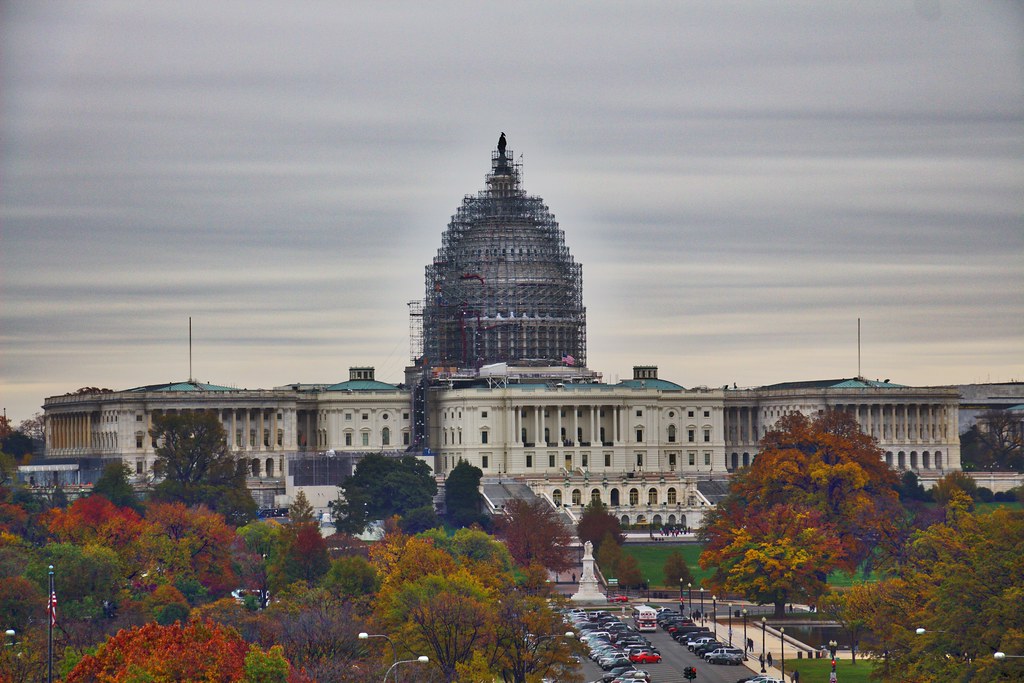 View of the US Capitol building (behind the scaffold hiding an extensive renovation) on a gray fall morning. If you’re in DC, visit the Newseum and head for the sixth floor balcony for great vistas of the monuments along Pennsylvania Avenue. 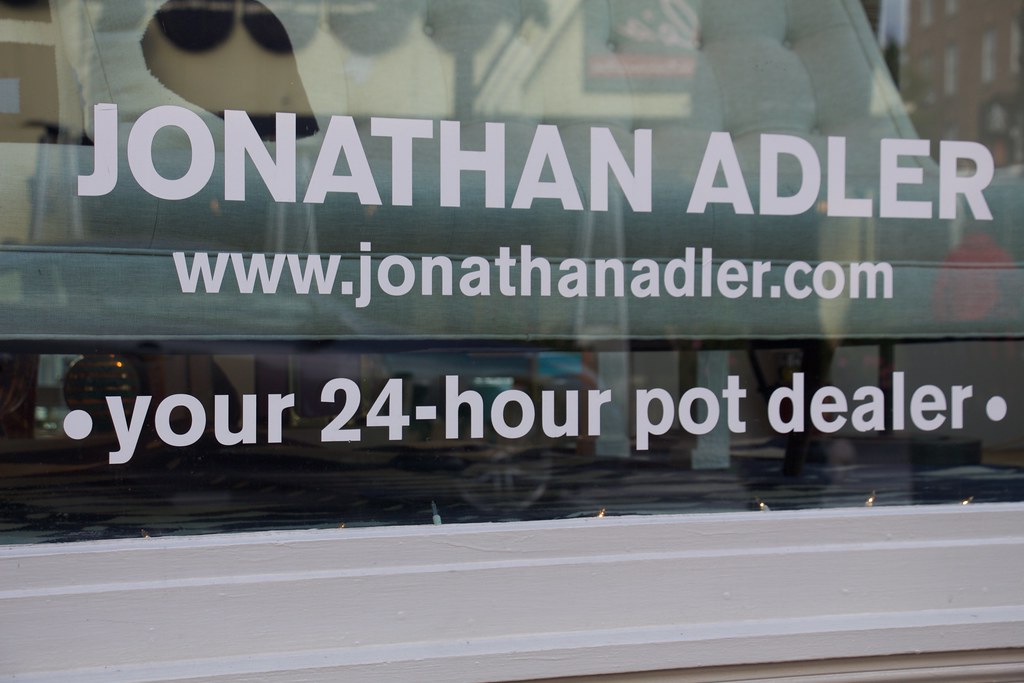 Pretty sure the window of this Georgetown store refers to their kitchenware. 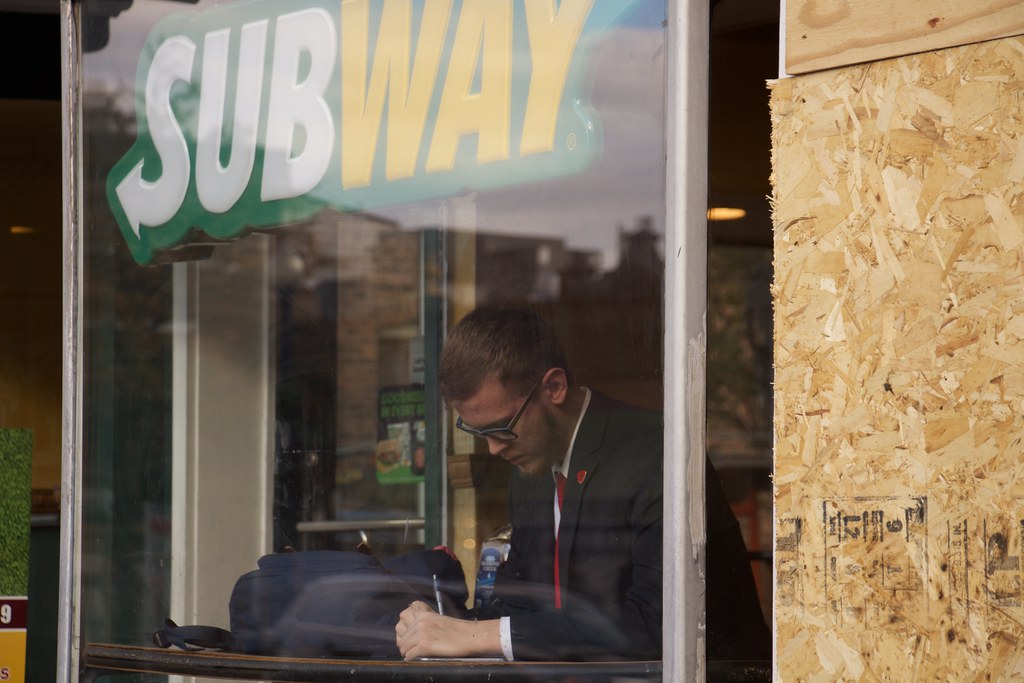 Not all windows in Georgetown feature expensive objects for sale.

Some Limits on Freedom A wonderful sentiment from a t-shirt in the Newseum.

A Tale of Two Learning Centers

Last Tuesday was the first day of school here in the overly-large school district. And I took the day off.

Everyone is too busy getting things started with the kids to want any of us evil central office types in their building anyway, so I went into DC to play tourist for a few hours.

I wanted to check out the recently remodeled Smithsonian Museum of American History (reopened last November) and a couple of new exhibits at the Newseum.

Seeing both institutions in the same day was an interesting contrast, both in terms of the museums themselves and the teaching techniques they use.

Let’s face it, no matter the subject matter, museums are educational institutions. Their missions may include other stuff (research, preservation, public relations for the sponsoring organization) but primarily the primary goal is to help visitors learn.

In that regard, the Smithsonian is generally very interesting and does an adequate job – in a very formal, staid and somewhat dull manner.

Even with all the tens of millions spent on the History museum (the interior of the building itself does look much better than the old version), most of the exhibits still just sit there.

With few exceptions, most rooms display various artifacts accompanied by static, text-based information hanging nearby. There is very little audio or video and almost no opportunities for us learners to interact and play with the information.

It doesn’t have to be that way. It is very possible to make American history come alive as the Newseum, just a short walk away, clearly demonstrates.

It’s not that they don’t have their own collection of artifacts as well. However, the designers have mixed in lots of excellent media, both original and from other sources, along with some very inviting interactive displays.

Of course, the Newseum’s view of history is through the lens of journalism but in many ways they do a better job with the overall subject than the Smithsonian.

They actually tell a story and involve the visitor in that story rather than just letting assorted pieces just sit there.

I know, I know. It’s probably unfair to compare the two institutions, one more than 100 years old, one open less than two years after a decade of planning.

One managed by a private foundation that charges admission, one government owned and free.

But before the designers at the Smithsonian spend any more money renovating their many properties, maybe they should walk down the street and spend some time looking at what good teaching in a museum context looks like.

Full disclosure: I’m a Contributing Member of the Smithsonian and have a basic membership in the Newseum. Does that give me the right to complain? :-)

The picture is of a display on the concept of flight in a small interactive science exhibit area at the Museum of American History. A nice start, Smithsonian, but when are you going to create an honest-to-goodness hands-on science museum?