Following up on my previous rant about the PISA tests, Yong Zhao had a wonderful post about them from a few years ago that is still very relevant. In it he imagines a great educational conspiracy: “I would suggest that PISA is a secrete plan of Western powers to derail China’s education reforms.”.

However, Zhao notes evidence from right here in our backyard that argues against the existence of such a plot.

Seeing the damaging effects of PISA on Western education systems debunks my conspiracy theory. PISA, rather than an evil ploy hashed out by Western powers to keep East Asian countries from being innovative, is an ironic tragedy of the 21st Century born out of ignorance. The genuine anxiety over their low rankings, the sincere admirations (or envy) of Shanghai’s status, the eager actions to borrow from top performers, and the authentic efforts to emulate Asian education are all evidence that political leaders of many Western nations, particularly the U.S., England, and Australia did not work together to use PISA to derail education reforms in Asia. They are truly concerned about improving their own education, but they have been misguided by PISA.

There is no question that education in the West, and for that matter everywhere in the world, needs transformational changes, in the face of transformative changes in the world. Education in the U.S., for example, is far from adequate to prepare citizens for the future. It is obsolete, broken, and must be replaced with a new paradigm. However PISA is not offering such a paradigm. The top performers of PISA are simply better implementation of the old paradigm—the Prussian industrial model of education, which many Western education systems, including the U.S. system, are based on.

In other words, the PISA does not only have the effect of discouraging East Asian systems from abandoning their old paradigm, but also luring Western countries to fix the old paradigm by shaming them for not having been as perfectly obsolete as their Asian counterparts. It keeps them fixated on things (e.g., test scores) that matter little for the future, while neglecting the work they should be doing—inventing a new paradigm.

The US certainly has been “misguided by PISA”. We look at international rankings such as these without understanding how little they actually say about both our system of public education and those of the other countries. Even worse, we fail to question whether the data they produce is relevant to efforts to improve that system.

However, for me, the key concept in Zhao’s post (taken from his excellent book “Who’s Afraid of the Big Bad Dragon?”) is the middle sentence in the middle paragraph: “It [education] is obsolete, broken, and must be replaced with a new paradigm.”

Reproducing the old educational paradigm in structures like charter schools, automated learning systems, or online classes is not reform. None of the common tweaks offered as “change” will prepare kids for a new, transformational, and very uncertain future.

We need to start at the beginning. We need a serious discussion about the purpose of school and the role it plays in our society. One that can draw on traditions, but cannot be rooted there. A discussion that includes students, dropouts, recent graduates, parents and other important stakeholders, not just politicians and business people.

The PISA results for 2015 were released this week. US students were ranked below the average of other countries. And their scores dropped from 2012, the last time the test was administered.

The stories, of course, are largely written by news staff who barely know what PISA stands for (Programme for International Student Assessment) and who have probably only read the executive summary. The stories I’ve read barely bothered to report precisely what the test was assessing (other than math, reading, and science) or none questioned whether it was a valid assessment.

On the other hand, Yong Zhao is someone who understands PISA and and other standardized testing systems, and he asks three questions that should be essential for anyone trying to put these numbers (or those of any standardized test) in context.

Does it accurately measure what matters?

How does it assess skills needed for an uncertain future with such certainty?

Does its results in reading, math, and science accurately capture the domains of expertise each individual needs for successful participation in the future society anywhere in the world?

Although Zhao’s reaction to the PISA results for the Post’s Answer Sheet blog is a little convoluted in trying to tie these test results to the failure of polling to predict the recent elections in the US and UK, he does finally arrive at the cautionary conclusion all those headline writers should have reviewed before pushing publish on their stories.

PISA’s confidence in the predictive power of its assessment also comes from the past. The subjects it chose to assess — science, reading, and math — have long been believed as important for success in life all over the world. They have been the core subject matter schools teach worldwide with the belief that they are essential for living in the modern age. But will these subjects turn out to help today’s 15-year-olds some 10, 20 or 30 years later? Are they the right candidates for all people in the future, or might different individuals need different sets of skills and knowledge?

PISA not only tries to use its test results in these subjects to predict what skills and knowledge 15-year-olds will need to succeed in the future, it also disseminates, based on these scores, education policies and practices it believes will equip children with these skills and knowledge. It has the potential to affect the livelihood of hundreds of millions of children, hence the entire world.

The consequences are serious. The stakes are so high. Therefore, we must question the quality of the PISA results before eagerly jumping to conclusions. Don’t read too much into it.

Whenever someone collects a large pile of data, especially about kids, question the numbers. 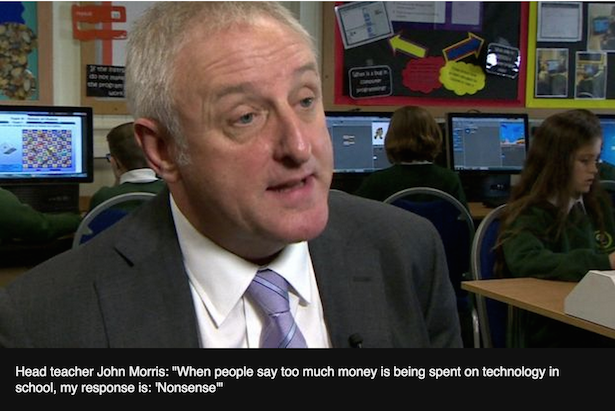