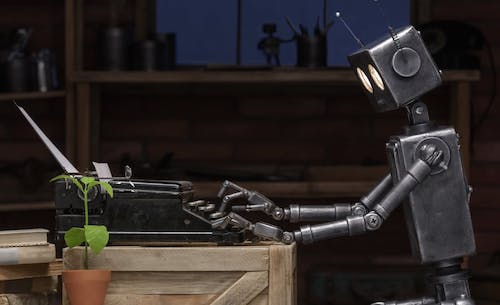 Yet another tech wrinkle in the cheating economy: artificial intelligence that writes term papers.

According to EdSurge, always a reliable source,1 a “growing number of companies” offer students “an algorithm that writes term papers for them based on chosen keywords”.

END_OF_DOCUMENT_TOKEN_TO_BE_REPLACED

We Need Something More Than “Heroes”

As we approach yet another national holiday that the media will imbue with a military undertone, an “essayist and critic” writing in the New York Times asks if “heroes” in various styles of uniforms are really what the country needs at this point in our history.

“America needs heroes,” it is sometimes said, a phrase that’s often uttered in a wistful tone, almost cooingly, as if we were talking about a lonely child. But do we really “need heroes”? We need leaders, who marshal us to the muddle. We need role models, who show us how to deal with it. But what we really need are citizens, who refuse to infantilize themselves with talk of heroes and put their shoulders to the public wheel instead. The political scientist Jonathan Weiler sees the cult of the uniform as a kind of citizenship-by-proxy. Soldiers and cops and firefighters, he argues, embody a notion of public service to which the rest of us are now no more than spectators. What we really need, in other words, is a swift kick in the pants.

That’s the last paragraph. The whole piece is well worth your time to read.

This is all part of our national tendency to spend far more time and effort memorializing the past than we do in planning for and constructing the future.