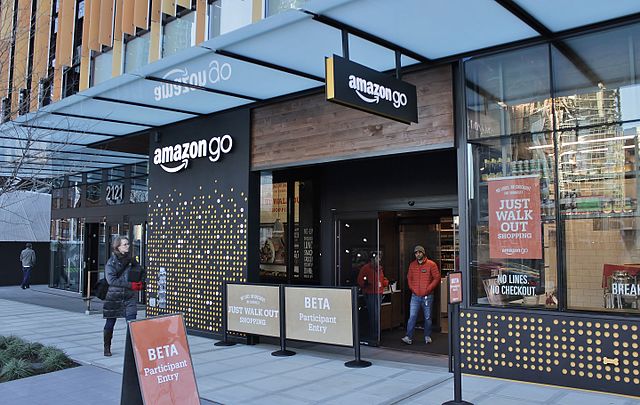 The latest billionaire who wants to revolutionize education is Jeff Bezos. He says he got the idea from a Twitter “conversation” about where he should put his philanthropy. So you know the idea is well thought out, right?

Amazon CEO Jeff Bezos is launching a $2 billion “Day One Fund” to help homeless families in the US and create a series of innovative preschools.

The Amazon CEO announced his new organization would be “creating a network of new, non-profit, tier-one preschools in low-income communities,” inspired by the Montessori School model, a child-centered educational method that relies on scientific observations of children from birth to adulthood.

Bezos didn’t offer many details on the preschool project, but his words show that he plans on treating these new schools like he does Amazon. He described the students as “customers” and explained that his new organization would ”use the same set of principles that have driven Amazon” to “learn, invent, and improve.”

Describing preschool children as “customers” is rather clueless and somewhat frightening.

And I always thought the principles that have driven Amazon were to grow as fast as possible, crush the competition, and make Bezos very, very rich. I suppose I could have been mistaken.

Anyway, the writer of this particular report at least manages to land on some good reasons why we should not be relying on super rich people to create education policy in this country.

Bezos’ latest announcement comes at a time of heightened criticism of Amazon’s business practices, and some critics say this latest move is savvy PR by the CEO of one of the world’s most profitable companies. But it also illustrates a deeper problem, which arises when private philanthropy fills a gap that the government should be filling, namely, the lack of quality, affordable early education in the United States. The problem lies both in the US government’s lack of investment in early education, and in big tech companies’ success at avoiding paying taxes, thus depriving states of crucial funds they could use to start their own early education programs.

Yep. Maybe if Bezos and his friends just paid their fair share of taxes, we could afford to develop quality educational programs for all kids at all levels.

Sidenote: As always Audrey Watters has an excellent take on this story, adding the historical context that the general media usually misses. Check the URL on the page for her original title. I wish she’d kept it.

Image credit: Wikipedia, used under a Creative Commons license. The Amazon Go stores are completely self-service. Maybe the Bezos schools will be self-learning.

Jeff Bezos, someone often used as an example of an innovative entrepreneur1Two of those 21st century traits we are told our kids need to “learn”. believes that people who often change their mind are pretty smart.

He’s observed that the smartest people are constantly revising their understanding, reconsidering a problem they thought they’d already solved. They’re open to new points of view, new information, new ideas, contradictions, and challenges to their own way of thinking.

So how does Bezos’ view of real-world problem solving fit into the artificial, single-right-answer, one-size-fits-all approach to learning we use in most American schools?

By my count, one that is likely off a little bit, the Washington Post paper edition published more than 40 different stories about their own sale between Wednesday, the day after it was announced, and today. I have no idea how many variations of them appeared on the website.

That total includes feature stories (at least one on the front page on four of six days), specialized writing in the Style and Business sections1, multiple profiles of the new owner, regular2Â and guest columns, and opinion page pieces. One at the top of the Sunday main page gave a byline to six different writers so they are devoting many people to this effort.

I understand this is a major local story, and potentially a significant shift for the business of journalism in general, but at what point does newsÂ reporting cross overÂ into obsession3?

1 Never thought to check the Sports section or the real estate listings.

2 George Will has been writing in the Post for 40 years??? That’s one starting point for the new owner.

3 Fox counts as obsession that never began with news reporting.

Changing Your Mind is Smart

Jeff Bezos, founder of Amazon.com, is one of those very successful innovators we hold up as examples to our future leaders. He has certainly made mistakes but is also right a lot of the time.

And Bezos hasÂ noticed something about other people who make the right decisions most of the time: they are “people who often changed their minds”.

He’s observed that the smartest people are constantly revising their understanding, reconsidering a problem they thought they’d already solved. They’re open to new points of view, new information, new ideas, contradictions, and challenges to their own way of thinking.

So where do those “smartest people” learn those skills? It’s not what we do in school.